Criminals who target the vulnerable are nothing new. But somehow, societies’ unscrupulous have managed to find new depths during the coronavirus crisis.

Our communities are facing a big enough challenge during these unprecedented times without the added worry of impostors knocking on doors with fraudulent intentions.

Don’t give scammers an opportunity to target loved ones who are self-isolating. If you have a vulnerable family member, YooToo can help. Assigning contacts to help with tasks, such as shopping and collecting prescriptions, means that everything is taken care of by family, friends, neighbours and those trusted with the care of those who need it. That way, there is then no need for a vulnerable person to have to even consider an offer of help from a stranger.

Take the worry out of looking after your loved one

Sign up for YooToo now and help take the worry out of looking after your loved one by creating a trusted network. You'll get a 1-month trial, you can then continue to use it for free with the code: COVID19

To help you stay vigilant, we want to expose as many scams as possible. Here’s a list of incidents and where they are happening, please let us know HERE of any unscrupulous fraudsters in your town.

Barnet: Leaflets were posted through the doors of elderly people offering to decontaminate their houses.

Birmingham: Hand sanitiser containing an ingredient banned for human use six years ago has been seized.

Bristol: Scammers posed as British Red Cross workers going door-to-door attempting to take money to do shopping - and not returning.

Coventry: A pensioner invited a man who said he was selling hand sanitiser into his home. His wallet was then stolen.

Fife: A man was knocking on doors in Cupar’s Brighton Road and in Springfield claiming to be from Fife Council and tasked with disinfecting people’s doorbells.

Flintshire: Elderly residents are being targeted by unscrupulous traders who are pressurising them to have their driveways washed and disinfected, wrongly claiming it will protect them from Covid-19.

Hove: A woman in her eighties reported being called by someone claiming to be from the NHS. The fraudster called her three times in total over the course of ten days and asked if she needed her shopping to be done. They then proceeded to ask if they could come to collect her bank cards to pick up her pension.

Lewisham: Cold-callers knocking at the doors of elderly people, saying they were from the health authority and were carrying out tests.

Manchester: Fraudsters knock on the doors of elderly people and offer services such as a grocery shop or virus testing but then trick them into parting with their money.

Middlesbrough: A man went to a house in Marton and told the victim their dog needed to be taken away for coronavirus quarantine. When questioned, the man walked away and drove off in a white van.

Midlands: An elderly man was robbed of his savings after he left the bank after withdrawing money. Anxious about being stuck at home without cash, but he was watched as he withdrew money and robbed of more than £2,000 when he left.

Northamptonshire: An elderly Wellingborough woman was tricked into handing £2,000 over to bogus police officers. They called the victim and told her they needed her to withdraw funds to help them investigate alleged corruption within her bank. The offenders arrived at her house and took the money, promising to reimburse her once their ‘investigation’ had completed. They never did and never attempted to contact her again.

Oldham: Thieves tricked a 92-year-old woman into believing her neighbour had died of coronavirus. They knocked on her door and lied about the death and offered to clean the house. They stole a purse, money and jewellery.

Oxford: An incident, in what appears to be a string of many, where an 86-year-old lady living on her own in Headington was targeted. Con-artists pretending to be from the Metropolitan Police called her on her home phone to tell her that Barclays were taking all of her money, and that she needed to withdraw cash and hand over her bank cards. The person on the phone gave her his ‘badge number’ and told her to call back the police, on a specific number, to check that he was legitimate – and not a scammer. This was in fact another bogus call centre – ready to con her. The fake police officer, who went by the name of PC Davies, told her that her bank card had been cloned and that somebody was removing money from her account. He said it was an inside job by Barclays – and that she needed to withdraw all of her money but not tell the shop staff why because they were in on it.

Rochdale: Strangers offering to run errands for elderly and vulnerable people amid fears they are trying to obtain PIN numbers and money by saying they will pick up shopping.

Sheffield: A phone caller has tried to con elderly people out of money by pretending to be a staff member of Age UK. In one instance, they asked a woman in her 80's about shopping, then asked if she was on her own and about her bank account and how much she had in it. They then said a gentleman would call around to collect her card and number.

Stokesley: Persons cold calling the elderly and vulnerable and offering to get shopping for them asking them to hand over cash to buy such items.

Swindon: A knock on the door from a person claiming to be from the council or organisations like the Red Cross and NHS. They offer to do shopping, take money for it and never return. Some are claiming to be delivering food parcels to the over-70s and have been calling residents asking for their personal details. There have been reports of traders offering to spray paths and front doors to get rid of bacteria.

Watford: A woman living in Richmond Drive received a knock at her door. When she answered, a man, who was dressed in normal clothing and wearing a regular blue jacket, was there and he reportedly put his foot in the door and claimed he was from a 'corona clinic'.

West Midlands: Cold-callers have targeted the elderly by posing as police officers claiming to be conducting Covid-19 tests and attempting access to people’s homes.

Wiltshire: Scammers are claiming to be delivering food parcels to the over-70s and have been calling residents asking for their personal details. There have also been reports of traders offering to spray paths and front doors to get rid of bacteria.

• Incidents of tradesmen knocking on the doors of the elderly and asking for ridiculous sums to do work.

• Cold callers purporting to be internet service providers threatening to shut off a homeowner’s broadband if they refuse to pay a fictitious outstanding amount.

• People claiming to be acting for the local authority, saying we need contact details in case of emergency.

• Text messages purporting to be from the government telling people they have been fined £250 for leaving their home more than once during lockdown.

• Fraudsters contacting individuals who are out of work and offering them positions as key workers.

• Emails asking for donations to buy “medical preparations and supplies” for the NHS to cope with coronavirus.

• A scam email asking parents of children eligible for free school meals for their bank details, so that their child could still receive meals during school closures.

• Fraudsters impersonating CEOs or IT departments asking employees for access to their device and to share their screen information. Once they gain access, criminals are stealing banking and personal information which can be used to steal the victim’s funds and identity.

• Reject offers that come out of the blue

• Take your time to make all the checks you need, even if this means turning down an ‘amazing deal’

• Do not give out personal data such as bank details, address, existing insurance, pensions or investment details

Read next: What is ‘YooToo’ and how is it of any use to me? 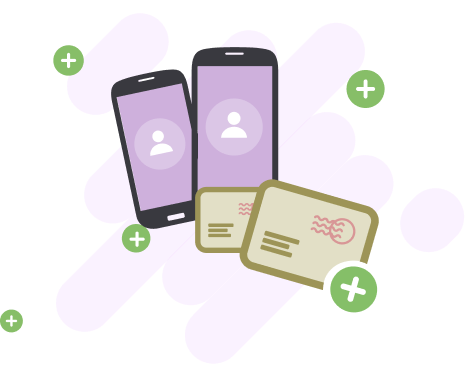